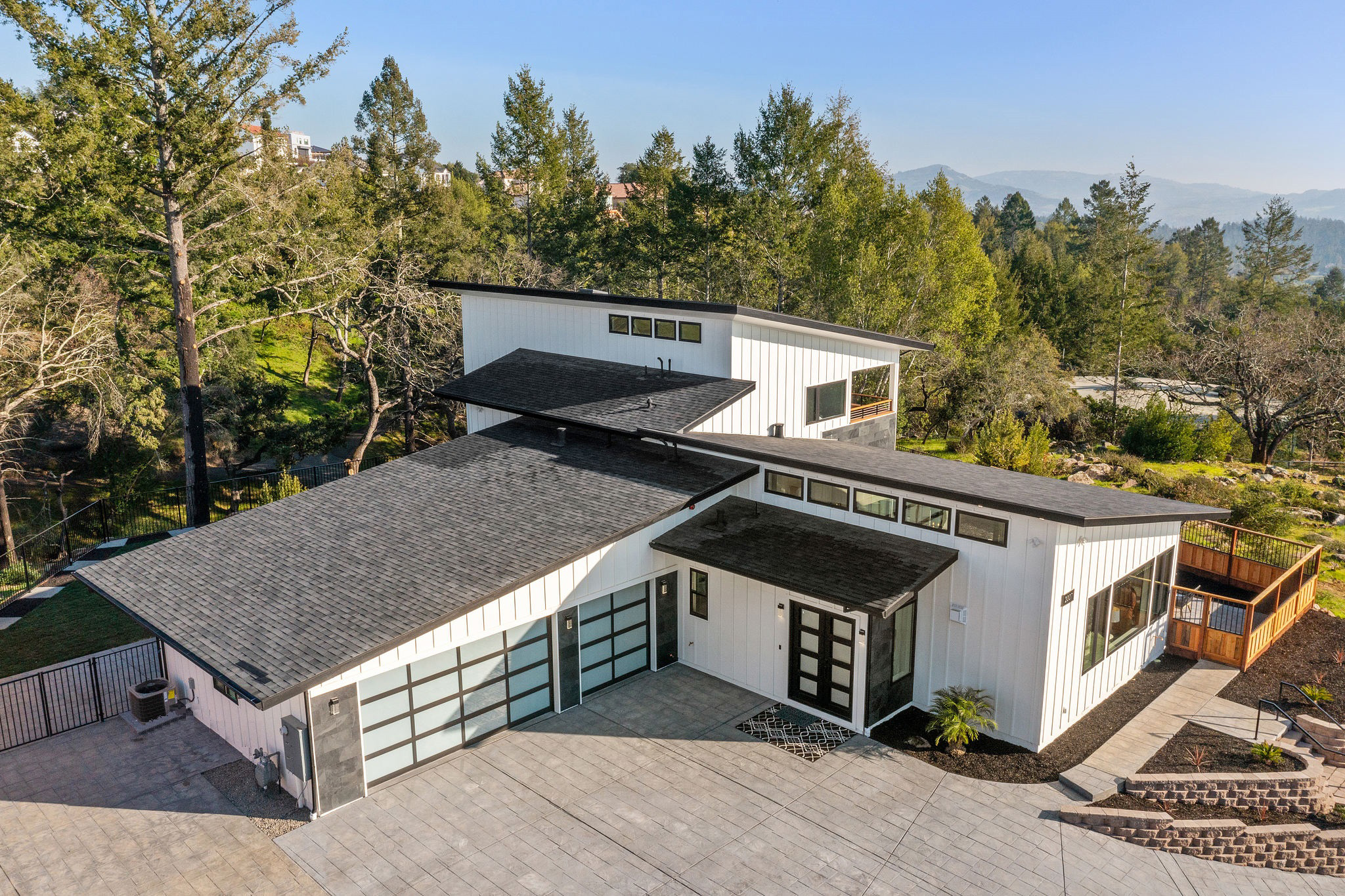 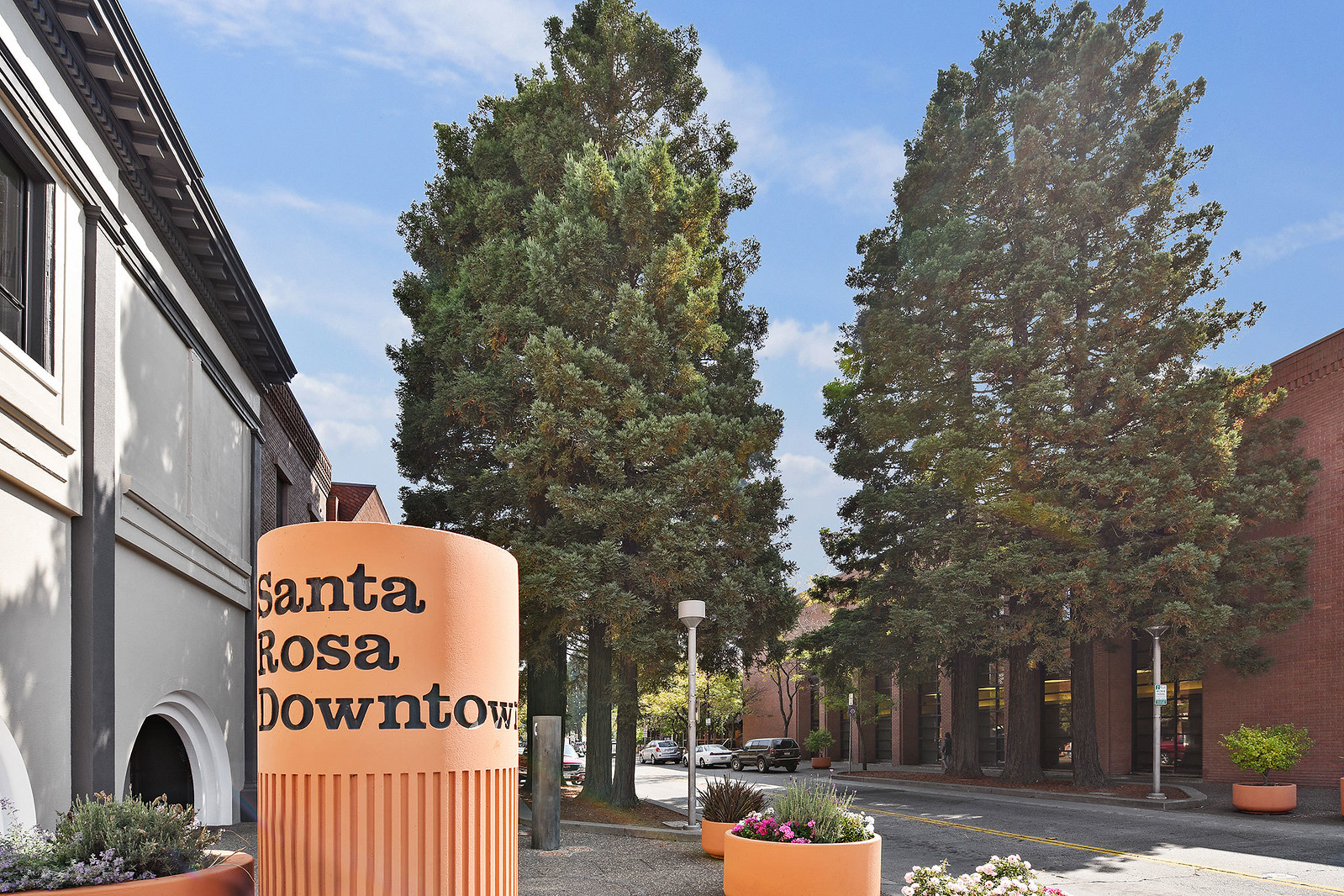 This impressive residence offers 3,716 ± Sq.Ft. of living space on a 13,400± Sq.Ft. lot.  Located in a park-like setting (backing and siding to Fountaingrove's open space),  the parcel is gradually elevated up off the end of the cul-de-sac, which offers privacy, with stunning views across the valley floor and spectacular sunsets.
Natural light floods the residence and attention can be seen in the smallest of details, including extensive wood floors and Quartz slab counters, to commercial style appliances.  View the "additional features and amenities" list below for details.
There are 2 Master Suites (yes, 2). The upstairs Master Suite encompasses the entire second level (consisting of 1,187± Sq.Ft.) with a private balcony.  The secondary Master/Junior Suite is on the first level.
There are 2 additional bedrooms, a full bathroom, and a half bathroom on the first level.
Beautiful stamped concrete driveway, paths and patios frame the residence, and the  oversized 802± Sq.Ft. 3-car garage (with vaulted ceiling and a rear drive/pass through garage door) is very impressive.
The residence is just a few minutes to Highway 101 . . . and also The Fountaingrove Club (Golf, Tennis, Aquatics, Fitness, Dining and so much more).

ADDITIONAL FEATURES AND AMENITIES INCLUDE:

All material is intended for informational purposes only and is compiled (without further verification) from 3rd sources which are deemed reliable but is subject to errors, omissions, changes in price, condition, sale, or withdrawal without notice.  No statement is made as to the accuracy of any description or measurements (including square footage).  Prospective buyers are advised to verify this information and square footage themselves and to retain the appropriate professionals to obtain advice or assistance. 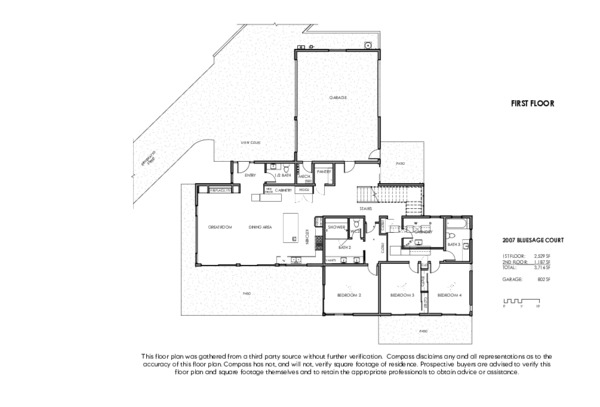 Situated in north central Santa Rosa, Fountaingrove is one of the city’s most alluring locales.

Fountaingrove, anchored around a prominent golf course and clubhouse (The Fountaingrove Club), has long been an upscale neighborhood. It offers some of the most prestigious homes within Santa Rosa. Residences here are built on large parcels and offer sweeping views of the valleys below.

The largest city in Sonoma County, Santa Rosa offers all the amenities of urban life but is not far removed from the spectacular natural scenery that the Wine Country is famous for.

Old Courthouse Square is the center of downtown Santa Rosa and is surrounded by numerous shops and restaurants.

Activities in Santa Rosa include the Charles M. Schulz Museum, dedicated to one of the city’s most famous former residents; Redwood Empire Ice Arena; and Safari West (a private African wildlife preserve just outside the city).

There is a growing technology footprint in Santa Rosa, though many residents commute to San Francisco -- a trek that has gotten easier thanks to the addition of carpool lanes, road-widening initiatives, and the Smart Train (with 2 Santa Rosa stations).

TO DO AND EXPLORE

Discover the City of Santa Rosa

FOR A TOUR OF THIS FINE RESIDENCE, CONTACT US TODAY.